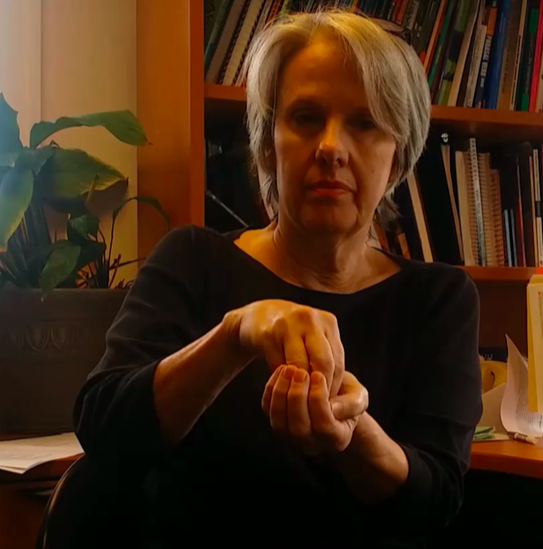 In most English language programs, the “Four Skills” of English are taught: Grammar, Reading, Writing, and Listening/Speaking (as a single course).

One of an ESL teacher’s biggest challenges is that we too often produce students who can perform well on standardized reading, writing, and listening tests, but who cannot struggle their way through a single complete spoken sentence.

It’s not only the phonemic aspects, the accent, the rhythm, etc., that trip students up; it’s the syntax itself–the syntax that they can produce very respectably in written form but can’t conjure out of their mouths.

Rookie errors when speaking, such as the following, are endemic:

In conversation courses, teachers are usually adjured not to correct spoken grammar, in order not to disturb the fluency of the speaker. While this approach spares the student humiliation, it does nothing to improve his or her spoken syntax.

In my classes, I have been working with a model for helping students correct their speech; the focus, note, is on spoken syntax, not on pronunciation.

Here is the method:

Features of this method

both hands start crossed in front of face and widen out to create a forward arc (spanning all time, neither past nor future)

Dominant hand is turned with palm facing backward and moved over dominant shoulder. 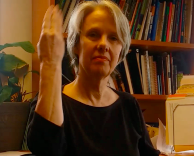 2a. Past perfect tense

Hands “spin” around each other, ending by pointing forward with dominant hand.

Dominant hand is held perpendicularly over other arm.

Dominant hand’s fingers are bunched into the “cup” of the other hand.

Two hands are piled on each other.

Non-dominant hand is crossed by dominant hand; on the latter, fingers are pointed downward.

Hands start palms together, dominant hand slides forward away from the other hand. 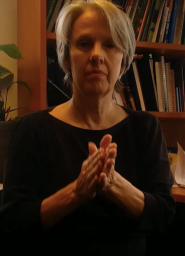 Two fists next to each other with index fingers touching 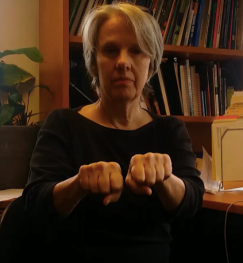 Index finger of dominant hand is held up

Loosely bunched fingers of dominant hand are held up 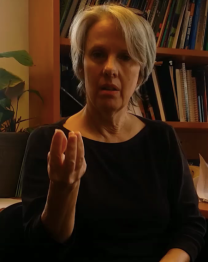